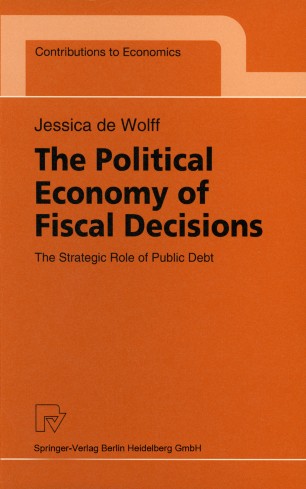 The Political Economy of Fiscal Decisions

The Strategic Role of Public Debt

A ruling party decides each of two periods on the level of public goods which it finances by means of taxation and internal debt. The debt has to be honoured by the government of the second period. Between the two periods elections take place, which may change the ruling party.
The book analyzes the fiscal decision of the first government which aims to maximize the long run utility of its representative voter. Conditions under which the government uses debt strategically in order to stay in power are identified. It is also shown how the fiscal decisions hinge on the populations' political structure and its beliefs about the future government.