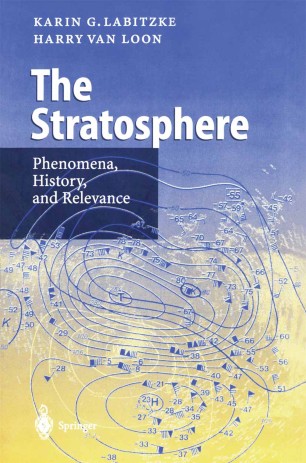 This book is intended not only for meteorologists but also for scientists in other fields, for teachers, and for interested lay persons who do not want to acquaint themselves with its topics through an academic textbook. In addition to painting a picture of the stratosphere, we want to show how the approach to an understanding of Nature's complex structure of tell is along; winding, unexpected paths. At the beginning of the 20th century observations were accumulating which were essential to understanding climate and its variability. but they could not be treated systematically because important links were missing. among them the realization that there is a stratosphere or an ozone layer. When, however, one reads the scientific papers from the turn of the century and judges them on the basis of our present knowledge --which llndoubtedlr is still incomplete - one must admire the early workers in this field for the care and imagination with which they approached the subject. The discoveries we describe in this book have been important to the progress of meteorology; and it is apposite here to quote Kuhn (1962) on the course science normally takes after a discovery.