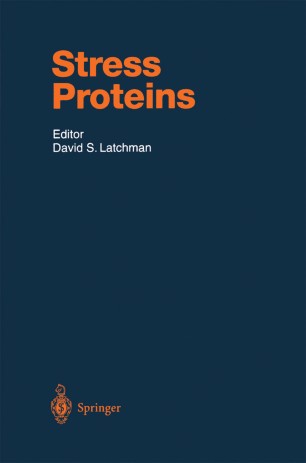 This work is concerned with a group of proteins which were originally consid­ ered to be an esoteric phenomenon but which have now been shown to play critical roles both in normal and stressed cells as well as being involved in a variety of human diseases. It is the purpose of this work to give a comprehen­ sive view of these proteins and their various aspects. After an introductory chapter providing an overview of these proteins, the work is divided into four main sections each of which deals with one important aspect of these proteins. Thus, the first section contains a series of chapters which describe individual stress proteins and their roles in particular biological phenomena. Evidently, the induction of these proteins by elevated tempera­ ture or other stresses is their defining feature and the second section of this book therefore considers the regulation of stress protein gene expression both by stressful stimuli such as elevated temperature or ischaemia and by non­ stressful stimuli such as cytokines.