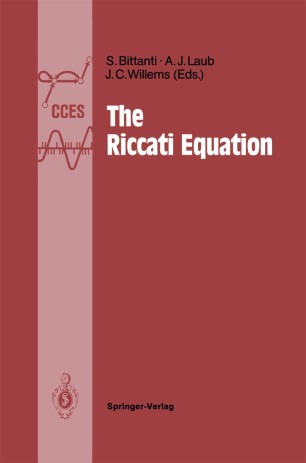 Conceived by Count Jacopo Francesco Riccati more than a quarter of a millennium ago, the Riccati equation has been widely studied in the subsequent centuries. Since its introduction in control theory in the sixties, the matrix Riccati equation has known an impressive range of applications, such as optimal control, H? optimization and robust stabilization, stochastic realization, synthesis of linear passive networks, to name but a few. This book consists of 11 chapters surveying the main concepts and results related to the matrix Riccati equation, both in continuous and discrete time. Theory, applications and numerical algorithms are extensively presented in an expository way. As a foreword, the history and prehistory of the Riccati equation is concisely presented.