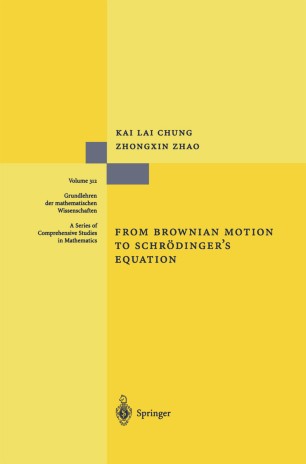 From Brownian Motion to Schrödinger’s Equation

In recent years, the study of the theory of Brownian motion has become a powerful tool in the solution of problems in mathematical physics. This self-contained and readable exposition by leading authors, provides a rigorous account of the subject, emphasizing the "explicit" rather than the "concise" where necessary, and addressed to readers interested in probability theory as applied to analysis and mathematical physics.
A distinctive feature of the methods used is the ubiquitous appearance of stopping time. The book contains much original research by the authors (some of which published here for the first time) as well as detailed and improved versions of relevant important results by other authors, not easily accessible in existing literature.