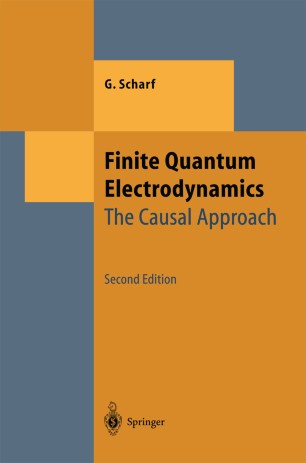 In this textbook for graduate students in physics the author carefully analyses the role of causality in Quantum Electrodynamics. This new approach makes it possible to give full proofs and carry out the detailed calculations of scattering processes in a mathematically rigorous manner. The book begins with Dirac's theory, followed by the quantum theory of free fields, including a new approach to the external field problem. Chapter 3 is devoted to causal perturbation theory, a powerful method that avoids ultraviolet divergences and solves the infrared problem by means of the adiabatic limit. Chapter 4 is concerned with general properties of the S matrix, such as renormalizability, gauge invariance, and unitarity. The renormalization group and interacting fields are also discussed. In Chapter 5 other electrodynamic couplings are considered. The extension of the methods to non-abelian gauge theories is briefly described. This new edition is partially rewritten and contains two new chapters.