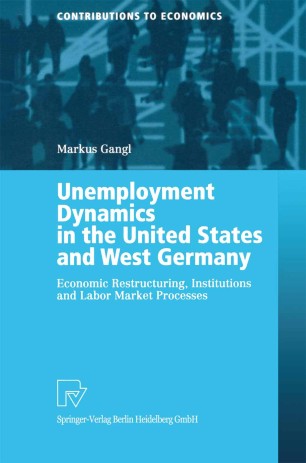 Unemployment Dynamics in the United States and West Germany

The study provides a comparative empirical analysis of the dynamics of unemployment in the United States and West Germany. Based on longitudinal data and recent microeconometric methods, the analysis discusses different explanations for both the higher inflow into as well as the higher outflow from unemployment common in the United States. Despite cross-national differences in terms of the skill distribution and patterns of economic restructuring across industries and occupations, the study stresses institutional explanations for the observed country differences. Most importantly, more flexible U.S. labor markets contribute to higher labor turnover, resulting in both lower levels of job security, higher vacancy levels in external labor markets, and higher competitiveness of unemployed job seekers. Unemployment insurance, in turn, has only small effects on unemployment duration, yet contributes to smaller scar effects of unemployment among German workers.