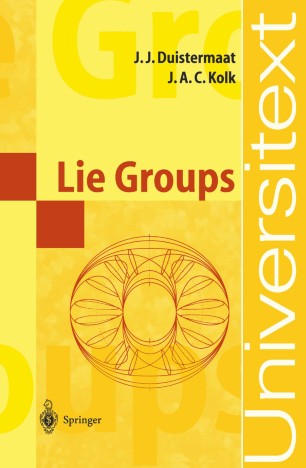 This book is devoted to an exposition of the theory of finite-dimensional Lie groups and Lie algebras, which is a beautiful and central topic in modern mathematics. At the end of the nineteenth century this theory came to life in the works of Sophus Lie. It had its origins in Lie's idea of applying Galois theory to differential equations and in Klein's "Erlanger Programm" of treat­ ing symmetry groups as the fundamental objects in geometry. Lie's approach to many problems of analysis and geometry was mainly local, that is, valid in local coordinate systems only. At the beginning of the twentieth century E. Cartan and Weyl began a systematic treatment of the global aspects of Lie's theory. Since then this theory has ramified tremendously and now, as the twentieth century is coming to a close, its concepts and methods pervade mathematics and theoretical physics. Despite the plethora of books devoted to Lie groups and Lie algebras we feel there is justification for a text that puts emphasis on Lie's principal idea, namely, geometry treated by a blend of algebra and analysis. Lie groups are geometrical objects whose structure can be described conveniently in terms of group actions and fiber bundles. Therefore our point of view is mainly differential geometrical. We have made no attempt to discuss systematically the theory of infinite-dimensional Lie groups and Lie algebras, which is cur­ rently an active area of research. We now give a short description of the contents of each chapter.