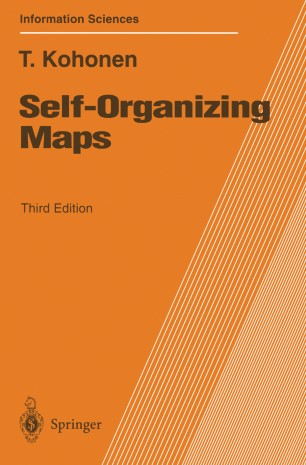 The Self-Organizing Map (SOM), with its variants, is the most popular artificial neural network algorithm in the unsupervised learning category. About 4000 research articles on it have appeared in the open literature, and many industrial projects use the SOM as a tool for solving hard real-world problems. Many fields of science have adopted the SOM as a standard analytical tool: in statistics, signal processing, control theory, financial analyses, experimental physics, chemistry and medicine. The SOM solves difficult high-dimensional and nonlinear problems such as feature extraction and classification of images and acoustic patterns, adaptive control of robots, and equalization, demodulation, and error-tolerant transmission of signals in telecommunications. A new area is organization of very large document collections. Last but not least, it may be mentioned that the SOM is one of the most realistic models of the biological brain function. This new edition includes a survey of over 2000 contemporary studies to cover the newest results; case examples were provided with detailed formulae, illustrations, and tables; a new chapter on Software Tools for SOM was written, other chapters were extended or reorganized.