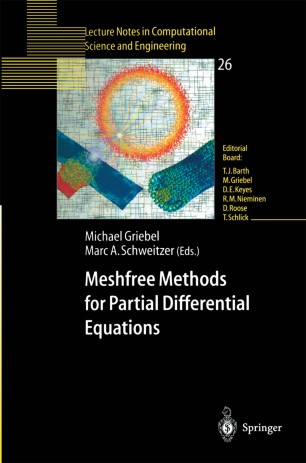 Meshfree methods for the solution of partial differential equations gained much attention in recent years, not only in the engineering but also in the mathematics community. One of the reasons for this development is the fact that meshfree discretizations and particle models ar often better suited to cope with geometric changes of the domain of interest, e.g. free surfaces and large deformations, than classical discretization techniques such as finite differences, finite elements or finite volumes. Another obvious advantage of meshfree discretization is their independence of a mesh so that the costs of mesh generation are eliminated. Also, the treatment of time-dependent PDE from a Lagrangian point of view and the coupling of particle models. The coupling of particle models and continuous models gained enormous interest in recent years from a theoretical as well as from a practial point of view. This volume consists of articles which address the different meshfree methods (SPH, PUM, GFEM, EFGM, RKPM etc.) and their application in applied mathematics, physics and engineering.