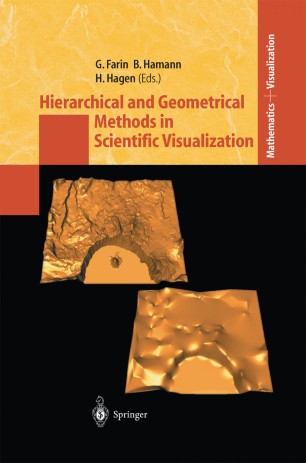 The nature of the physical Universe has been increasingly better understood in recent years, and cosmological concepts have undergone a rapid evolution (see, e.g., [11], [2],or [5]). Although there are alternate theories, it is generally believed that the large-scale relationships and homogeneities that we see can only be explainedby having the universe expand suddenlyin a very early “in?ationary” period. Subsequent evolution of the Universe is described by the Hubble expansion, the observation that the galaxies are ?ying away from each other. We can attribute di?erent rates of this expansion to domination of di?erent cosmological processes, beginning with radiation, evolving to matter domination, and, relatively recently, to vacuum domination (the Cosmological Constant term)[4]. We assume throughout that we will be relying as much as possible on observational data, with simulations used only for limited purposes, e.g., the appearance of the Milky Wayfrom nearbyintergalactic viewpoints. The visualization of large-scale astronomical data sets using?xed, non-interactive animations has a long history. Several books and ?lms exist, ranging from “Cosmic View: The Universe in Forty Jumps” [3] by Kees Boeke to “Powers of 10” [6,13] by Charles and Ray Eames, and the recent Imax ?lm “Cosmic Voyage” [15]. We have added our own contribution [9], “Cosmic Clock,” which is an animation based entirely on the concepts and implementation described in this paper.