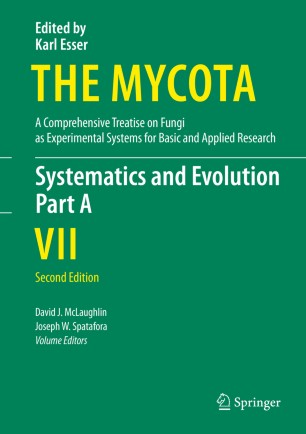 Part of the The Mycota book series (MYCOTA, volume 7A)

This volume includes treatments of systematics and related topics for both fungi and fungus-like organisms in four eukaryotic supergroups, as well as specialized chapters on nomenclature, techniques and evolution. These organisms are of great interest to mycologists, plant pathologists and others, including those interested in the animal parasitic Microsporidia. Our knowledge of the systematics and evolution of fungi has made great strides since the first edition of this volume, largely driven by molecular phylogenetic analyses. Consensus among mycologists has led to a stable systematic treatment that has since become widely adopted and is incorporated into this second edition, along with a great deal of new information on evolution and ecology. The systematic chapters cover occurrence, distribution, economic importance, morphology and ultrastructure, development of taxonomic theory, classification and maintenance and culture. Other chapters deal with nomenclatural changes necessitated by revisions of the International Code of Nomenclature for algae, fungi and plants, including the elimination of separate names for asexual states, as well as methods for preservation of cultures and specimens, character evolution and methods for ultrastructural study, the fungal fossil record and the impact of whole genomes on fungal studies.