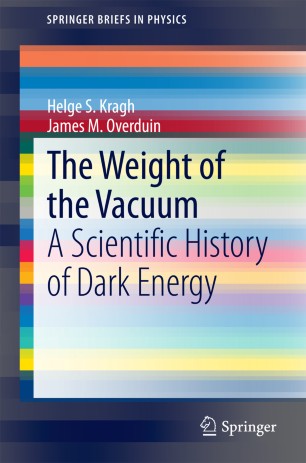 The Weight of the Vacuum

A Scientific History of Dark Energy

The 2011 Nobel Prize in Physics was awarded for the discovery of cosmic acceleration due to dark energy, a discovery that is all the more perplexing as nobody knows what dark energy actually is. We put the modern concept of cosmological vacuum energy into historical context and show how it grew out of disparate roots in quantum mechanics (zero-point energy) and relativity theory (the cosmological constant, Einstein's “greatest blunder”). These two influences have remained strangely aloof and still co-exist in an uneasy alliance that is at the heart of the greatest crisis in theoretical physics, the cosmological-constant problem.