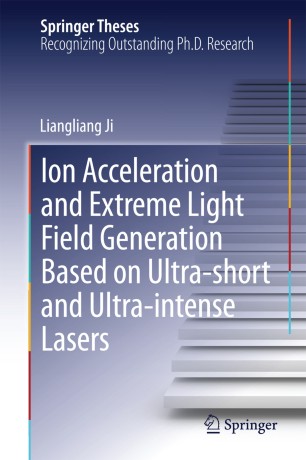 This book is dedicated to the relativistic (laser intensity above 1018 W/cm2) laser-plasma interactions, which mainly concerns two important aspects: ion acceleration and extreme-light-field (ELF). Based on the ultra-intense and ultra-short CP lasers, this book proposes a new method that significantly improves the efficiency of heavy-ion acceleration, and deals with the critical thickness issues of light pressure acceleration. More importantly, a series of plasma approaches for producing ELFs, such as the relativistic single-cycle laser pulse, the intense broad-spectrum chirped laser pulse and the ultra-intense isolated attosecond (10-18s) pulse are introduced. This book illustrates that plasma not only affords a tremendous accelerating gradient for ion acceleration but also serves as a novel medium for ELF generation, and hence has the potential of plasma-based optics, which have a great advantage on the light intensity due to the absence of device damage threshold.