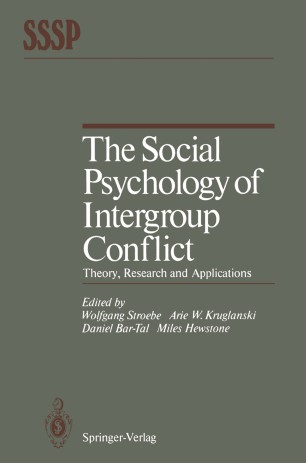 The Social Psychology of Intergroup Conflict

The area of intergroup relations and social conflict has once again become a major focus of social psychological theorizing and research. One of the consequences of this advance in knowledge is that social psychologists have increasingly been called upon to apply their ideas in order to advise on existing conflicts. The significant contribution of this book is the way it builds on the research and theory of intergroup conflict and then applies this knowledge to the field. The areas discussed include industrial conflicts, interethnic conflicts and intergroup conflicts. The chapters range from reports of experimental laboratory research, through field studies, to theoretical-conceptual contributions. The new advances offered by this broad spectrum of topics will be of interest not only to social psychologists, but also to sociologists and political scientists.