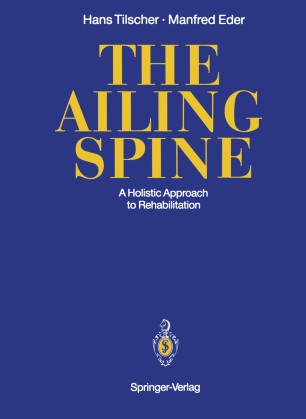 A Holistic Approach to Rehabilitation

The subtitle of this book - A Holistic Approach to Rehabilitatio- underscores our fundamental point of view regarding spinal ailments. The patient with his ailments should be at the focus of attention, yet the subtitle combines two important elements, namely, "rehabilitation" and "holistic approach. " It is only by combining both concepts to show that they do belong together that the door to successful treatment of persons with vertebral problems can be opened. Holistic medicine does not require an ideological classification of its own, but should be under­ stood as a unified, optimal form of medicine which encompasses the whole person: his health and his illnesses in all their aspects. Too often, there is an automatic, senseless separation of the two concepts. Purists in one or the other camp need to recognize the common ground and to eliminate the barriers that have been erected by extreme positions and attacks. When we look back into history, we can see that there have always been schools of medical thought that have promulgated one or another direction. Evaluations and interpretations change in accordance with our knowledge and the times themselves, but that which is most valu­ able remains in end effect, forming the starting point for following gen­ erations. It should be noted that the entire body of medical knowledge had its beginnings in empiricism, whose ideas could not be confirmed and supported until much later, parallel with the developments in research technology.