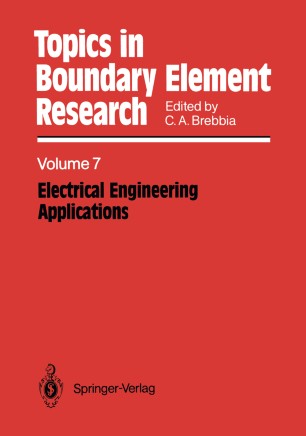 The application of BEM in all fields of engineering and science has progressed at an accelerate rate since the first book on the method appeared in the late seventies. In particular the advantages of BEM for potential problems are essential to solve a whole range of electrical engineering problems. Previous volumes in this series have focussed on the state of the art in other fields while this volume discusses only problems related to electrical engineering. The book reviews a series of important applications such as the design of semiconductor devices and their thermal analysis. The following two chapters concentrate on the study of galvanic corrosion and cathodic protection. Chapter 4 deals with the design of capacitance transducers. The next three chapters concentrate on the applications of the method to simulate electrochemical problems with special reference to Plating Process. The last chapter in the book discusses the case of inverse problems in electrical engineering and presents some applications including their use in tomography.