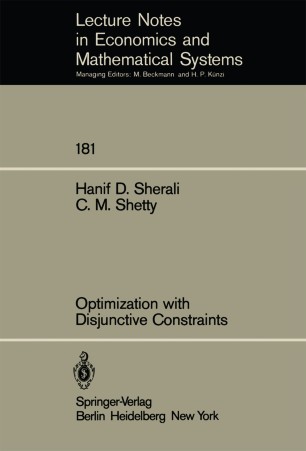 The disjunctive cut principle of Balas and Jeroslow, and the related polyhedral annexation principle of Glover, provide new insights into cutting plane theory. This has resulted in its ability to not only subsume many known valid cuts but also improve upon them. Originally a set of notes were written for the purpose of putting together in a common terminology and framework significant results of Glover and others using a geometric approach, referred to in the literature as convexity cuts, and the algebraic approach of Balas and Jeroslow known as Disjunctive cuts. As it turned out subsequently the polyhedral annexation approach of Glover is also closely connected with the basic disjunctive principle of Balas and Jeroslow. In this monograph we have included these results and have also added several published results which seem to be of strong interest to researchers in the area of developing strong cuts for disjunctive programs. In particular, several results due to Balas [4,5,6,7], Glover [18,19] and Jeroslow [23,25,26] have been used in this monograph. The appropriate theorems are given without proof. The notes also include several results yet to be published [32,34,35] obtained under a research contract with the National Science Foundation to investigate solution methods for disjunctive programs. The monograph is self-contained and complete in the sense that it attempts to pool together existing results which the authors viewed as important to future research on optimization using the disjunctive cut approach.