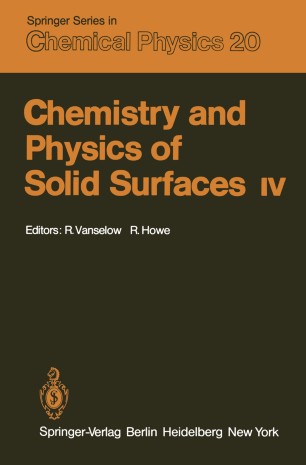 At the International Summer Institute in Surface Science (ISISS), which is held bienially on the Campus of the University of Wisconsin-Milwaukee, invited speakers present tutorial review lectures during the course of one week. The majority of the presentations deal with the gas-solid interface, but now and then relevant reviews concerning liquid-solid or solid-solid interfaces are included. The goal of ISISS was outlined in the first ISISS publication: "We recognize that the International Summer Institute in Surface Science should foster mutual understanding and interaction among theorists and experimentalists in the various areas of surface science. Progress can be achieved only when we occasionally peek over the fence into neighboring areas, not so much to amuse ourselves that the grass is greener on the other side as to learn from their progress and, perhaps equally fruitfully, from their limitations and setbacks. In addition, it is an important task in any field of science to assess, take count of what is done and, what is more important, to point in future directions. " Since the foundation of ISISS in 1973, the invited speakers - internation­ ally recognized experts in their area of specialization - have been asked to write review articles too. We wanted in this way to ensure that the largest possible group of scientists could benefit from the special review concept.