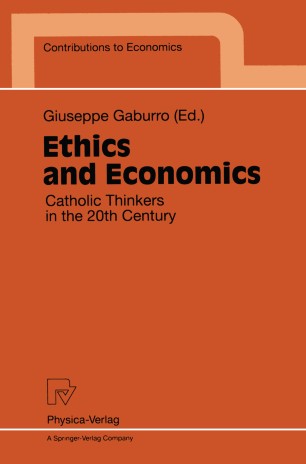 Catholic Thinkers in the 20th Century

Ethics and Economics is divided in two parts. In the first one, Italian and French catholic thinkers, are analysed by well-known scholars, with basic reference to the economic view of their work. In the second part the economic environment is described and proposals, based on the social catholic thought, for the solution of the most diffused economic problems are given. The book therefore furnishes an alternative approach to the orthodox economic analysis and, for this reason, it may be a useful tool for researchers who wish to compare their theoretical approach with a less conventional one, and for scholars who want to examine closely alternative views to the traditional economic models and paradigm.