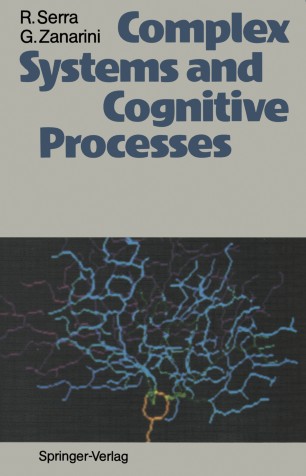 This volume describes our intellectual path from the physics of complex sys­ tems to the science of artificial cognitive systems. It was exciting to discover that many of the concepts and methods which succeed in describing the self­ organizing phenomena of the physical world are relevant also for understand­ ing cognitive processes. Several nonlinear physicists have felt the fascination of such discovery in recent years. In this volume, we will limit our discussion to artificial cognitive systems, without attempting to model either the cognitive behaviour or the nervous structure of humans or animals. On the one hand, such artificial systems are important per se; on the other hand, it can be expected that their study will shed light on some general principles which are relevant also to biological cognitive systems. The main purpose of this volume is to show that nonlinear dynamical systems have several properties which make them particularly attractive for reaching some of the goals of artificial intelligence. The enthusiasm which was mentioned above must however be qualified by a critical consideration of the limitations of the dynamical systems approach. Understanding cognitive processes is a tremendous scientific challenge, and the achievements reached so far allow no single method to claim that it is the only valid one. In particular, the approach based upon nonlinear dynamical systems, which is our main topic, is still in an early stage of development.