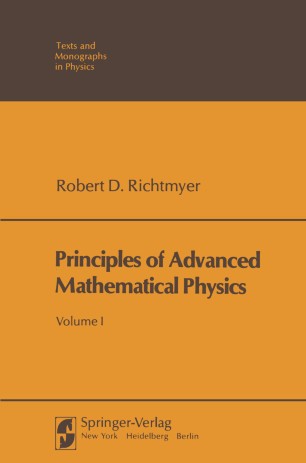 A first consequence of this difference in texture concerns the attitude we must take toward some (or perhaps most) investigations in "applied mathe­ matics," at least when the mathematics is applied to physics. Namely, those investigations have to be regarded as pure mathematics and evaluated as such. For example, some of my mathematical colleagues have worked in recent years on the Hartree-Fock approximate method for determining the structures of many-electron atoms and ions. When the method was intro­ duced, nearly fifty years ago, physicists did the best they could to justify it, using variational principles, intuition, and other techniques within the texture of physical reasoning. By now the method has long since become part of the established structure of physics. The mathematical theorems that can be proved now (mostly for two- and three-electron systems, hence of limited interest for physics), have to be regarded as mathematics. If they are good mathematics (and I believe they are), that is justification enough. If they are not, there is no basis for saying that the work is being done to help the physicists. In that sense, applied mathematics plays no role in today's physics. In today's division of labor, the task of the mathematician is to create mathematics, in whatever area, without being much concerned about how the mathematics is used; that should be decided in the future and by physics.