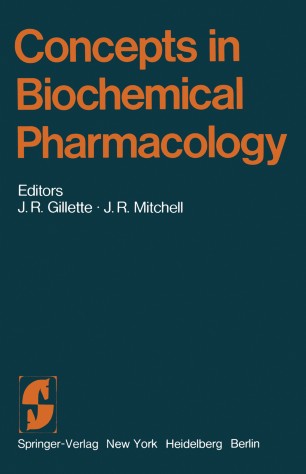 Part 3 of the Handbook of Experimental Pharmacology (Concepts in Biochem­ ical Pharmacology) applies the principles enunciated in Parts 1 and 2 to clinical pharmacology and toxicology. The major objective is to elucidate the many factors that determine the relationships between pharmacokinetic aspects of the disposition and metabolism of drugs and their therapeutic or toxic actions in man. Because of the more restricted information obtainable in human studies, this volume reflects the editors' bias that an understanding of pharmacokinetics is fundamental for assessing pharmacologic or toxicologic effects of drugs in humans. The first chapter is a unique primer on when to apply and how to use pharmaco­ kinetic tools in human pharmacology. The second chapter explains the general assumptions underlying pharmacokinetic approaches both in simple terms for the novice and in mathematical form for the more sophisticated reader. Several chapters on determinants of drug concentration and activity discuss drug absorption, drug latentiation, drugs acting through metabolites, entero­ hepatic drug circulation, influence of route of drug administration on response, genetic variations in drug disposition and response, age differences in absorption, distribution and excretion of drugs, and pathologic and physiologic factors affecting absorption, distribution and excretion of drugs and drug response. The focus of these chapters is data obtained in human, rather than animal, studies. Most of the chapters contain new material never summarized previously.