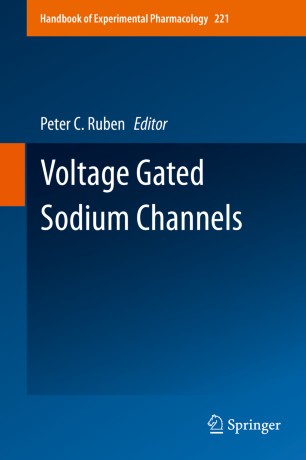 A number of techniques to study ion channels have been developed since the electrical basis of excitability was first discovered. Ion channel biophysicists have at their disposal a rich and ever-growing array of instruments and reagents to explore the biophysical and structural basis of sodium channel behavior. Armed with these tools, researchers have made increasingly dramatic discoveries about sodium channels, culminating most recently in crystal structures of voltage-gated sodium channels from bacteria. These structures, along with those from other channels, give unprecedented insight into the structural basis of sodium channel function. This volume of the Handbook of Experimental Pharmacology will explore sodium channels from the perspectives of their biophysical behavior, their structure, the drugs and toxins with which they are known to interact, acquired and inherited diseases that affect sodium channels and the techniques with which their biophysical and structural properties are studied.