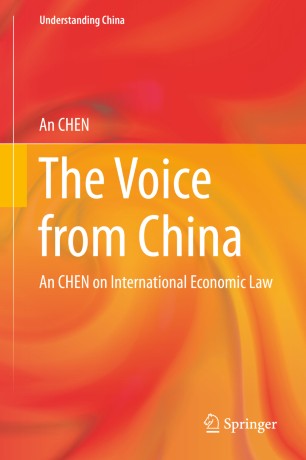 The Voice from China

An CHEN on International Economic Law

In short, the 24 selected and representative articles written in English by the author over the past 30-odd years, mainly published in international leading journals and now collected and compiled in this monograph, could be deemed the products of international academic debates. They record, reflect and embody the author’s personal views on a number of contemporary basic issues in international economic law & the international economic order. These personal views with Chinese characteristics are deeply rooted in China’s specific national situation and the common position of the world-wide weak groups, and are significantly and substantially different and independent from some existing voices from strong western powers, which is why the book bears the title “The Voice from China”.

Since the publication of “The Voice from China”, the book has attracted many top professors around the world to read and discuss. Some of them have given useful and relevant comments on the book which could be of great help for readers to get a deep understanding of the book. A collection of these comments could be found at: