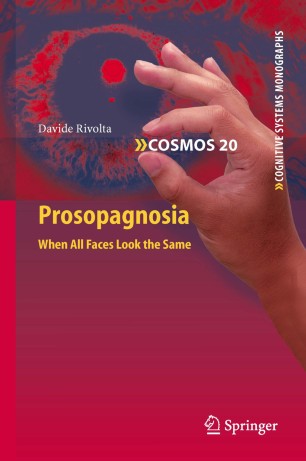 When all faces look the same

This book provides readers with a simplified and comprehensive account of the cognitive and neural bases of face perception in humans. Faces are ubiquitous in our environment and we rely on them during social interactions. The human face processing system allows us to extract information about the identity, gender, age, mood, race, attractiveness and approachability of other people in about a fraction of a second, just by glancing at their faces.  By introducing readers to the most relevant research on face recognition, this book seeks to answer the questions: “Why are humans so fast at recognizing faces?”, “Why are humans so efficient at recognizing faces?”, “Do faces represent a particular category for the human visual system?”, What makes face perception in humans so special?, “Can our face recognition system fail”?  This book presents the author’s findings on face perception during his research studies on both normal subjects and subjects with prosopagnosia, a neurological disorder characterized by the inability to recognize faces. The book describes two known forms of prosopagnosia: acquired prosopagnosia, which is the result of a brain lesion, and congenital prosopagnosia, which refers to a lifelong, developmental impairment of face recognition. Written in a comprehensive and accessible style, this book addresses both experts (cognitive scientists, psychologists, neuroscientists and computer scientists) and the general public, and aims at raising awareness for a debilitating face recognition disorder, such as prosopagnosia, which is often ignored or misdiagnosed as autism, with serious consequences for the affected persons and their families.