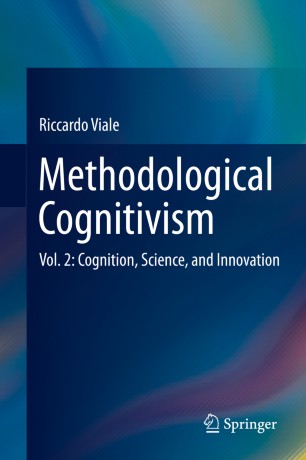 This book covers a broad spectrum of topics, from experimental philosophy and cognitive theory of science, to social epistemology and research and innovation policy. Following up on the previously published Volume 1, “Mind, Rationality, and Society,” it provides further applications of methodological cognitivism in areas such as scientific discovery, technology transfer and innovation policy. It also analyzes the impact of cognitive science on philosophical problems like causality and truth. The book is divided into four parts: Part I “Experimental Philosophy and Causality” tackles the problem of causality, which is often seen as straddling metaphysics, ontology and epistemology. Part II “Cognitive Rationality of Science” deals with the cognitive foundation of scientific rationality, starting from a strong critique of the neopositivist rationality of science on the one hand and of the relativist and social reduction of the methodology of science on the other. Part III “Research Policy and Social Epistemology” deals with topics of social epistemology, science policy and culture of innovation. Lastly, Part IV “Knowledge Transfer and Innovation” addresses the dynamics of knowledge generation, transfer and use in technological innovation.

This erudite book highlights how cognitive science can clarify philosophical questions – from causality to intuition and tacit knowledge, from the rationality of individuals to that of science. The vision of this book inspires.

A bold, ambitious and original book

Riccardo Viale is one of the few pioneers who have been exploring the rich implications of the cognitive revolution for the social sciences. This second volume on Methodological Cognitivism well illustrates how richly thought through and how stimulating Viale’s approach can be.

Viale has produced an interdiscplinary treatise that combines his mastery of ideas from philosophy, cognitive science, and social science, integrating them into a framework greater than the sum of its parts. The breadth and vision of his work follows in the great tradition of Herbert A. Simon.

The book will be refreshing for modern scientists wishing to set their everyday practices in a wider context, and informative for policy makers seeking to understand how to promote better science.

Riccardo Viale is Professor of Epistemology of Social Sciences at the University of Milano-Bicocca.

He is Editor-in-Chief of Mind & Society (Springer) and the author or editor of many books such as Modelling the Mind (with K.A. Moyeldin Said, H. Newton Smith and K.V. Wilkes, Clarendon Press, 1990); Economics, Bounded Rationality and the Cognitive Revolution (with H. Simon, M. Egidi and R. Marris, Elgar, 1992), Knowledge and Politics (Physica-Verlag, 2001), Biological and Cultural Bases of Human Inferences (with D. Andler and L. Hirschfeld, Erlbaum, 2006), The Capitalization of Knowledge (with H. Etzkowitz, Elgar, 2010).

His research interests are the cognitive foundation of social action, the cognitive theory of economic rationality, cognitive approaches in philosophy of science and social epistemology, tacit knowledge and science policy.