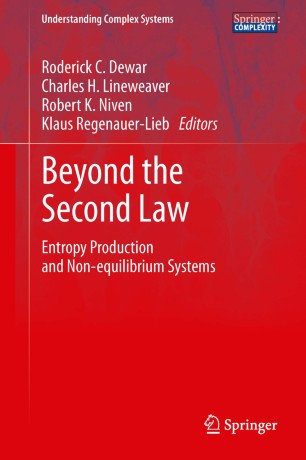 Beyond the Second Law

The Second Law, a cornerstone of thermodynamics, governs the average direction of dissipative, non-equilibrium processes. But it says nothing about their actual rates or the probability of fluctuations about the average. This interdisciplinary book, written and peer-reviewed by international experts, presents recent advances in the search for new non-equilibrium principles beyond the Second Law, and their applications to a wide range of systems across physics, chemistry and biology.

Beyond The Second Law brings together traditionally isolated areas of non-equilibrium research and highlights potentially fruitful connections between them, with entropy production playing the unifying role.

Beyond The Second Law will appeal to students and researchers wishing to gain an understanding of entropy production and its central place in the science of non-equilibrium systems – both in detail and in terms of the bigger picture.