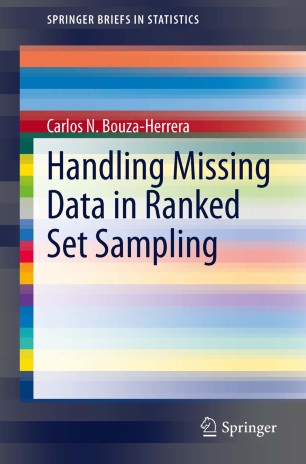 The existence of missing observations is a very important aspect to be considered in the application of survey sampling, for example. In human populations they may be caused by a refusal of some interviewees to give the true value for the variable of interest. Traditionally, simple random sampling is used to select samples. Most statistical models are supported by the use of samples selected by means of this design. In recent decades, an alternative design has started being used, which, in many cases, shows an improvement in terms of accuracy compared with traditional sampling. It is called Ranked Set Sampling (RSS). A random selection is made with the replacement of samples, which are ordered (ranked). The literature on the subject is increasing due to the potentialities of RSS for deriving more effective alternatives to well-established statistical models. In this work, the use of RSS sub-sampling for obtaining information among the non respondents and different imputation procedures are considered. RSS models are developed as counterparts of well-known simple random sampling (SRS) models. SRS and RSS models for estimating the population using missing data are presented and compared both theoretically and using numerical experiments.