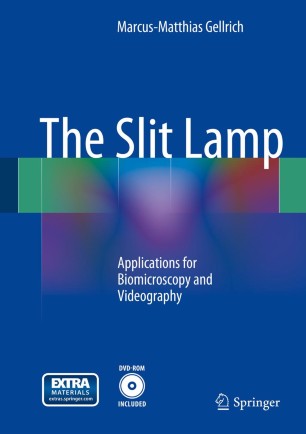 Applications for Biomicroscopy and Videography

In this book the author describes in detail the history, construction, and examination potential of the slit lamp. In particular, however, he presents a new approach – videography – that allows the ophthalmologist to document all (!) eye diseases with the slit lamp and a video camera in a practicable, rapid, and affordable manner. The necessary methods, techniques, and equipment, including converging, diverging, and contact lenses, are clearly explained in the text and four didactic videos. The 20 most important videographic settings are described, and “recipes” for their use are presented, along with diagnostic tips. The accompanying collection of clinical images represents the world’s first ever general atlas of ophthalmology from the perspective of the slit lamp.

The author has already demonstrated proof of the value of ophthalmological videography in his own practice. It is his hope that this introductory book, with its many images never previously produced with a slit lamp, will stimulate others to exploit the approach’s potential.

Dr. Marcus-Matthias Gellrich was born in 1962 in Lippstadt, Germany. He studied medicine in Kiel (1982-1989) and in Manchester, England. His thesis at the Neuroanatomical Institute in Kiel was on the “Morphometric evaluation of the retinal ganglion-cell layer after transection of the optic nerve”. From 1991 to 1996 Dr. Gellrich earned his certification in ophthalmology at the University Eye Hospital in Freiburg. Since 1996 he has been a certified practicing ophthalmologist in Kellinghusen, northern Germany. Dr. Gellrich has been devoting intensive scientific effort to the slit lamp since 2006. He is particularly enthusiastic about holding lectures and showing films, which he has done in English, French, and Russian in London, Birmingham, Paris, Odessa, Minsk, and Moscow. It is his most fervent desire to encourage and witness the modernization of the slit lamp so that its potential can be fully exploited in today’s ophthalmology practices. To that end, he believes that a “sea change” must take place, namely, from traditional biomicroscopy to a videographic approach that enables the slit lamp user to profit fully from recent technological breakthroughs such as videotechnology, digital image processing, and telemedicine. The German Society of Ophthalmology (Deutsche Ophthalmologische Gesellschaft) awarded Dr. Gellrich the 1st Videoprize in 2007 and the Special Videoprize in 2011. He was also the first practicing ophthalmologist to win the Hans Sautter Scientific Prize from the Association of North German Ophthalmologists.