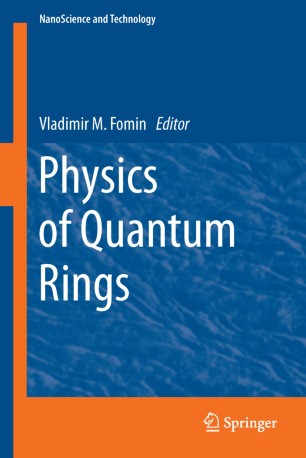 Professor Vladimir M. Fomin develops theory of strain-induced nano-architectures, in particular, physical properties of self-assembled nano-  and microstructures (quantum rings, rolled-up semiconductor and superconductor membranes, superlattices of quantum dots) at the Institute for Integrative Nanosciences (IIN), Leibniz Institute for Solid State and Materials Research (IFW), Dresden, Germany (since 2009). He made his doctoral studies in Kishinev at the Department of Theoretical Physics of the State University of Moldova and received the Ph.D.degree in theoretical physics in 1978. Since then he worked in the Laboratory “Physics of Multi-Layer Structures” at the State University of Moldova. His research interests embraced non-linear optical properties and transport due to the charge-vibration interaction in semiconductors and in multi-layer structures, including derivation of the phonon spectra and the electron-phonon interaction; classification of polaritons and phonons; platonic, bipolaronic and excitonic effects in arbitrary multi-layer structures. He won a State Prize of Moldova in 1987. He received the degree of Dr. habilitat in physical and mathematical sciences from the Academy of Sciences of Moldova in 1991. He is a University Professor in Theoretical Physics (State University of Moldova, since 1995). As a Research Fellow of the Alexander von Humboldt Foundation he worked at the Martin-Luther-University of Halle-Wittenberg (1993–1994). He was associated with the Laboratory Theoretical Solid State Physics (TFVS) (University of Antwerp, 1995–2008) and with the Group Photonics and Semiconductor Nanophysics and COBRA Inter-University Research Institute (Eindhoven University of Technology, 1998–1999, 2003–2007), Division Quantum and Physical Chemistry (Catholic University of Leuven, 2008) and Faculty of Physics and Center for Nanointegration (CeNIDE) (University of Duisburg-Essen, Duisburg, 2009-2009). He received a Diploma of a Scientific Discovery of the Phenomenon of the Propagation of Spatially-Extended Interface Phonon Polaritons in Composite Superlattices from the Academy of Natural Sciences of Russia (1999). He was bestowed a medal “Academician P. L. Kapitsa” by the Academy of Natural Sciences of Russia (2000). In 2007 he was elected a Honorary Member of the Academy of Sciences of Moldova. In 2011, he edited a special issue on Modern Advancements in Experimental and Theoretical Physics of Quantum Rings of the Journal of Nanoelectronics and Optoelectronics.  His present scientific directions cover diversified fields in physics of nanostructures: optical properties of quantum dots, persistent currents and magnetization of quantum rings; phase boundaries and vortex matter in meso-, nanoscopic and patterned superconductors; superconducting properties of metallic nanograins; surface-induced magnetic anisotropy in mesoscopic systems of dilute magnetic alloys; quantum transport in sub-0.1 micron semiconductor devices; vibrational excitations and polaronic effects in nanostructures; thermoelectric properties of semiconductor nanostructures. 2 monographs, 3 textbooks, 7 reviews, 10 patents, 169 scientific articles and 277 conference presentations (including 39 invited).

“The book explores in depth the physics of quantum interference phenomena such as the Aharonov-Bohm effect that are inherent to quantum rings. A good third of the book is devoted to fabrication, characterization and physical properties of such structures. The fabrication covers methods involving self-assembly by molecular beam epitaxy crystal growth as well as by methods of high resolution lithography.  A second third is devoted to the theory of quantum rings, in particular under the angle of their material properties, their optical properties, coulomb interaction and last but not least their mathematical differential properties. Finally, a third of the book is specifically focusing on Aharonov-Bohm of excitons, a very novel effect inherent to the optical properties of quantum rings.” (Khaled Karrai, Scientific Director, attocube systems AG)
Buy options