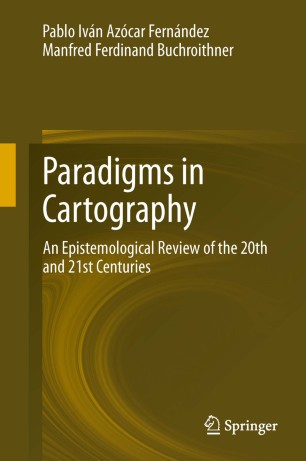 An Epistemological Review of the 20th and 21st Centuries

In this book the main trends, concepts and directions in cartography and mapping in modernism and post-modernism are reviewed. Philosophical and epistemological issues are analysed in cartography from positivist-empiricist, neo-positivist and post-structuralist stances. In general, in cartography technological aspects have been considered as well as theoretical issues. The aim is to highlight the epistemological and philosophical viewpoint during the development of the discipline.
Some main philosophers who have been influential for contemporary thinking such as Immanuel Kant, Ludwig Wittgenstein, Karl Popper and Bertrand Russell, are considered. None of these philosophers wrote about cartography directly (excepting Kant), but their philosophies are related to cartography and mapping issues. The book also analyses the concept of paradigm or paradigm shift coined by Thomas Kuhn, who applied it to the history of science. Different cartographic trends that have arisen since the second half of the twentieth century are analysed according to this important concept which is implicit inside the scientific or disciplinary communities.
Further, the authors analyse the position of cartography in the context of the sciences and other disciplines, adopting a positivistic point of view. Additionally, they review current trends in cartography and mapping in the context of information and communication technologies in a post-modernistic or post-structuralistic framework. Thus, since the 1980s and 1990s, new mapping concepts have arisen which challenge the discipline’s traditional map conceptions.