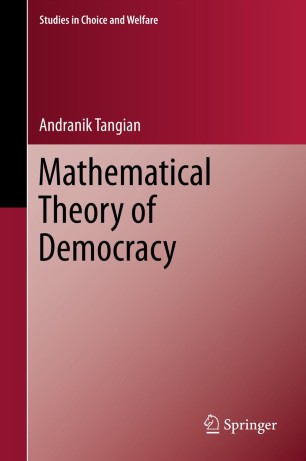 Part of the Studies in Choice and Welfare book series (WELFARE)

The mathematical theory of democracy deals with selection of representatives who make decisions on behalf of the whole society. In this book, the notion of representativeness is operationalized with the index of popularity (the average percentage of the population whose opinion is represented on a number of issues) and the index of universality (the frequency of cases when the opinion of a majority is represented). These indices are applied to evaluate and study the properties of single representatives (e.g. president) and representative bodies (e.g. parliament, magistrate, cabinet, jury, coalition). To bridge representative and direct democracy, an election method is proposed that is based not on voting but on indexing candidates with respect to the electorate’s political profile. In addition, societal and non-societal applications are considered.