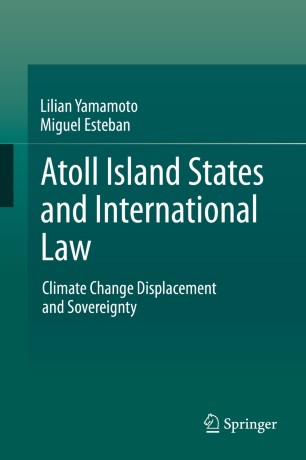 Atoll Island States exist on top of what is perceived to be one of the planet's most vulnerable ecosystems: atolls. It has been predicted that an increase in the pace of sea level rise brought about by increasing greenhouse gas concentrations in the atmosphere will cause them to disappear, forcing their inhabitants to migrate.
The present book represents a multidisciplinary legal and engineering perspective on this problem, challenging some common misconceptions regarding atolls and their vulnerability to sea-level rise. Coral islands have survived past changes in sea levels, and it is the survival of coral reefs what will be crucial for their continued existence. These islands are important for their inhabitants as they represent not only their ancestral agricultural lands and heritage, but also a source of revenue through the exploitation of the maritime areas associated with them. However, even if faced with extreme climate change, it could theoretically be possible for the richer Atoll Island States to engineer ways to prevent their main islands from disappearing, though sadly not all will have the required financial resources to do so.
As islands become progressively uninhabitable their residents will be forced to settle in foreign lands, and could become stateless if the Atoll Island State ceases to be recognized as a sovereign country. However, rather than tackling this problem by entering into lengthy negotiations over new treaties, more practical solutions, encompassing bilateral negotiations or the possibility of acquiring small new territories, should be explored. This would make it possible for Atoll Island States in the future to keep some sort of international sovereign personality, which could benefit the descendents of its present day inhabitants.