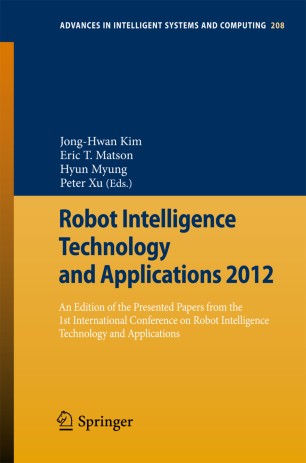 Part of the Advances in Intelligent Systems and Computing book series (AISC, volume 208)

“This volume presents the latest advancements in robot intelligence technology, which adapts cognitive architectures that model human cognition for use in robots. … this book contains many technical and challenging papers, with an abundance of scientific material. … This book is a good reference for researchers involved in robotics and robot intelligence technologies, and anyone else with an interest in this area.” (Mario Antoine Aoun, Computing Reviews, November, 2013)