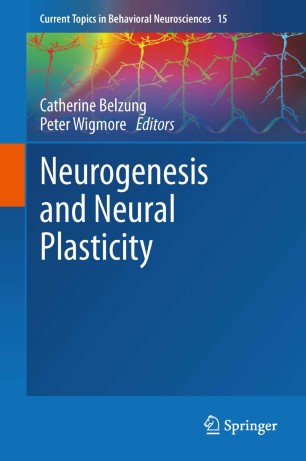 Neurogenesis and synaptogenesis, once thought to occur mainly during development, have now been established as key features of adult brain function.  Together they enable the brain to respond to both internal and external changes, giving the brain a previously unrecognised level of flexibility.  Alterations in these two features can produce improvements in cognition but are also critically involved in the pathological responses of the brain seen in many psychiatric and neurological conditions.

This volume brings together authors working on a wide range of topics to provide an up to date account of the underlying mechanisms and functions of neurogenesis and synaptogenesis in the adult brain.  Ongoing neurogenesis and alterations in synapses are required for many functions of the brain including olfaction and hippocampal dependent memory.  Increased levels of synaptogenesis and neurogenesis are key aspects of the improved cognition seen after environmental enrichment and exercise.  However, changes in these features are also critical to the pathological response of the brain to stress, depression, neurodegeneration and cytotoxic drugs.

With an increasing understanding of the role of neurogenesis and synaptogenesis it is possible to envisage improvements or novel treatments for a number of diseases and the possibility of harnessing these phenomena to reduce the impact of ageing and to provide mechanisms to repair the brain.