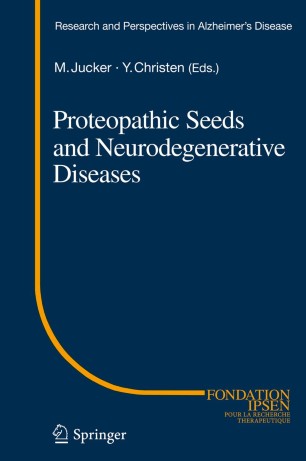 The misfolding and aggregation of specific proteins is an early and obligatory event in many of the age-related neurodegenerative diseases of humans, and appears to occur many years before the onset of clinical symptoms. The initial cause of this pathogenic cascade and the means whereby disease spreads through the nervous system, remain uncertain. A recent surge of research, first instigated by pathologic similarities between prion disease and Alzheimer’s disease, has increasingly implicated corruptive protein templating, or seeding, as a prime factor in the neurodegenerative process. The prion-like corruption of proteins also characterizes such clinically and etiologically diverse neurological disorders as Parkinson’s disease, Huntington’s disease, amyotrophic lateral sclerosis, and frontotemporal lobar degeneration. Understanding the misfolding, aggregation, trafficking and pathogenicity of affected proteins thus could reveal universal principles and common therapeutic targets for some of the most devastating and intractable human brain disorders.