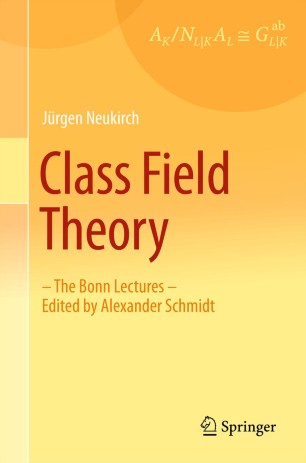 The present manuscript is an improved edition of a text that first appeared under the same title in Bonner Mathematische Schriften, no.26, and originated from a series of lectures given by the author in 1965/66 in Wolfgang Krull's seminar in Bonn. Its main goal is to provide the reader, acquainted with the basics of algebraic number theory, a quick and immediate access to class field theory. This script consists of three parts, the first of which discusses the cohomology of finite groups. The second part discusses local class field theory, and the third part concerns the class field theory of finite algebraic number fields.