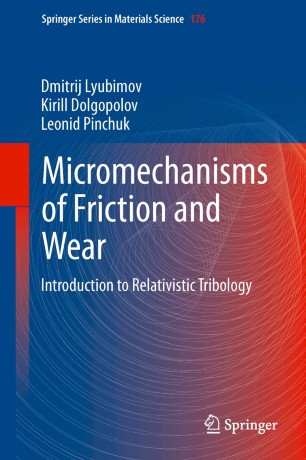 Micromechanisms of Friction and Wear

The modern vision of the micromechanism of friction and wear is explored, from the examination of ideal and real crystal structure and adhesion properties to the dynamics of solid frictional interaction. The fundamental quantum-mechanical and relativity principles of particle interaction are considered as basis of friction micro-process examination. The changes in solid structure originated from the influence of different kinds of force fields are considered. The principal possibility of relativity effect manifestation by friction is explained. The critical state of friction – triboplasma – was studied. Structural peculiarities of triboplasma, the kinetics of its transformation during frictional interaction as well as the influence of plasma and postplasma processes on tribojunction friction characteristics and complex formation by friction were examined. The book addresses to tribology researchers.