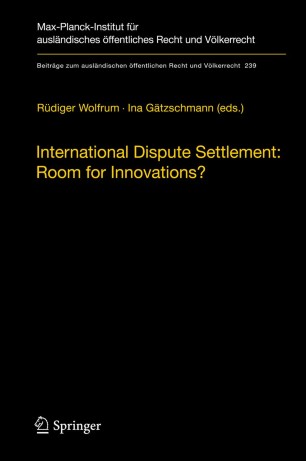 “One of the key cross-cutting issues debated in the book is the past and future development of international dispute settlement from a system confined to States to one that is open to non-State actors as well. … this book is recommended to anyone interested in the progressive development of international dispute settlement.” (Eckhard Hellbeck, ASIL Cables, asil.org, April, 2014)
Buy options