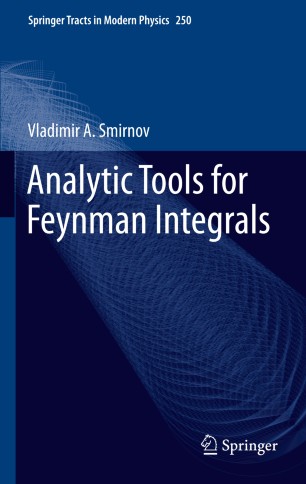 The goal of this book is to describe the most powerful methods for evaluating multiloop Feynman integrals that are currently used in practice.  This book supersedes the author’s previous Springer book “Evaluating Feynman Integrals” and its textbook version “Feynman Integral Calculus.” Since the publication of these two books, powerful new methods have arisen and conventional methods have been improved on in essential ways. A further qualitative change is the fact that most of the methods and the corresponding algorithms have now been implemented in computer codes which are often public.

In comparison to the two previous books, three new chapters have been added:  One is on sector decomposition, while the second describes a new method by Lee. The third new chapter concerns the asymptotic expansions of Feynman integrals in momenta and masses, which were described in detail in another Springer book, “Applied Asymptotic Expansions in Momenta and Masses,” by the author. This chapter describes, on the basis of papers that appeared after the publication of said book, how to algorithmically discover the regions relevant to a given limit within the strategy of expansion by regions. In addition, the chapters on the method of Mellin-Barnes representation and on the method of integration by parts have been substantially rewritten, with an emphasis on the corresponding algorithms and computer codes.