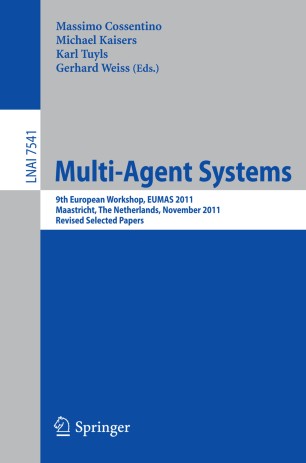 This book constitutes the thoroughly reviewed post-proceedings of the 9th International Workshop, EUMAS 2011, held in Maastricht, The Netherlands, in November 2011. The 16 revised full papers included in the book were carefully revised and selected from 45 submissions. This workshop is primarily intended as a European forum at which researchers and those interested in activities relating to research in the area of autonomous agents and multi-agent systems could meet, present (potentially preliminary) research results, problems, and issues in an open and informal but academic environment. The aim of this workshop was to encourage and support activity in the research and development of multi-agent systems, in academic and industrial efforts.