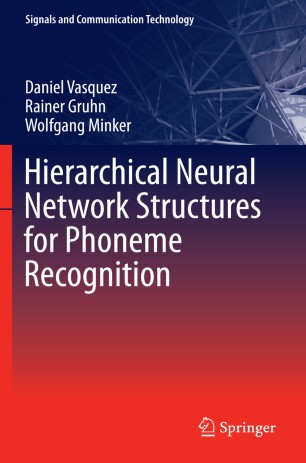 In this book, hierarchical structures based on neural networks are investigated for automatic speech recognition. These structures are evaluated on the phoneme recognition task where a  Hybrid Hidden Markov Model/Artificial Neural Network paradigm is used. The baseline hierarchical scheme consists of two levels each which is based on a Multilayered Perceptron. Additionally, the output of the first level serves as a second level input. The computational speed of the phoneme recognizer can be substantially increased by removing redundant information still contained at the first level output. Several techniques based on temporal and phonetic criteria have been investigated to remove this redundant information. The computational time could be reduced by 57% whilst keeping the system accuracy comparable to the baseline hierarchical approach.