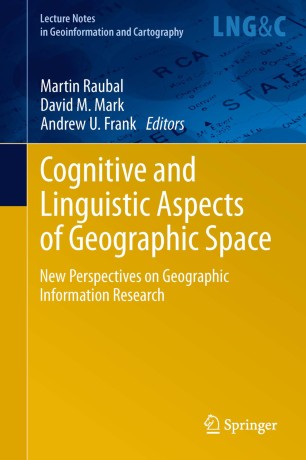 In 1990, sixty researchers gathered for two weeks at Castillo-Palacio Magalia in Las Navas del Marques, Spain, to discuss cognitive and linguistic aspects of geographic space. This meeting was the start of successful research on cognitive issues in geographic information science. It appeared worthwhile to assess the achievements and reconsider the research challenges twenty years later. What has changed in the age of computational ontologies and cyber-infrastructures? Consider that in 1990 the web was only about to emerge and the very first laptops had just appeared!

The 2010 meeting brought together many of the original participants, but was also open to others. Scientists, engineers, and humanists working at the intersection of cognitive and geographic information science helped reassess the research needs and approaches. What are today’s challenges? What can we achieve in the next 20 years? What are the lessons learned? This edited book evaluates the current state of the field through chapters by participants and documents an interdisciplinary research agenda for the future.