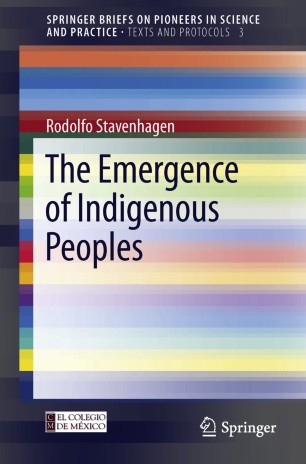 The Emergence of Indigenous Peoples

Part of the SpringerBriefs on Pioneers in Science and Practice book series (BRIEFSPIONEER, volume 3)

This is the second part of a trilogy published in the Springer Briefs on Pioneers in Science and Practice on the occasion of the 80th birthday of Rodolfo Stavenhagen, a distinguished Mexican sociologist and professor emeritus of El Colegio de Mexico. Rodolfo Stavenhagen wrote this collection of six essays on The Emergence of Indigenous Peoples between 1965 and 2009. These widely discussed classic texts address: Classes, Colonialism and Acculturation (1965); Indigenous Peoples: An Introduction (2009); The Return of the Native: The Indigenous Challenge in Latin America (2002); Indigenous Peoples in Comparative Perspective (2004); Mexico’s Unfinished Symphony: The Zapatista Movement (2000); and Struggle and Resistance: Mexico’s Indians in Transition (2006). This volume discusses the emergence of indigenous peoples as new social and political actors at the national and international level.  These texts deal with human rights, especially during the years he the author served as United Nations special rapporteur on the rights of indigenous peoples.