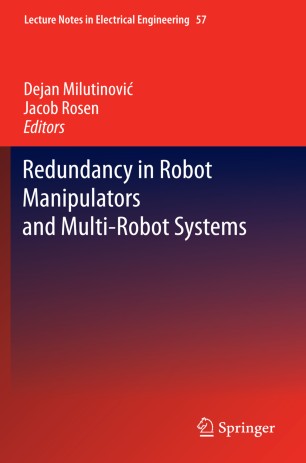 This volume is mostly based on the works presented at the workshop on Redundancy in Robot Manipulators and Multi-Robot Systems at the IEEE/RSJ International Conference on Intelligent Robots and Systems - IROS 2011. The workshopwas envisioned as a dialog between researchers from two separate, but obviously relatedfields of robotics: one that deals with systems having multiple degrees of freedom, including redundant robot manipulators, and the other that deals with multirobot systems. The volume consists of twelve chapters, each representing one of the two fields.

“A topic of great interest to the robotics community--multi-robot systems, or redundant robotic systems--is addressed in this book. … The audience for this book is mostly those involved in cutting-edge research. I also recommend it to students who are thinking about a possible topic for their master’s or PhD thesis.” (Ramon Gonzalez Sanchez, ACM Computing Reviews, January, 2013)