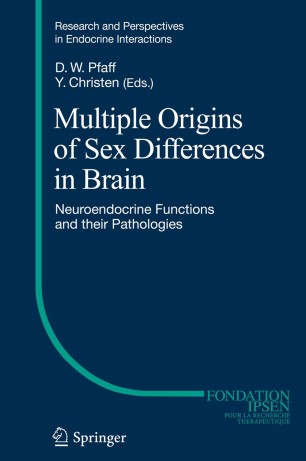 Neuroendocrine Functions and their Pathologies

In theoretical terms, sex differences in brain and behavior offer the possibility of fascinating scientific studies on a range of molecular phenomena such as DNA methylation, chromatin protein modification, non-coding DNA, resulting in important neuroanatomical and neurochemical effects. However, this general subject has been treated with much hyperbole. Historically, sex differences were assumed to be present where they did not really exist, e.g. with respect to mathematics, executive leadership, etc. etc. Under what circumstances do we really care about sex differences in brain and behavior? These circumstances concern human maladies whose diagnoses are much different between boys and girls, or between women and men. Prominent examples to be discussed today will include autism, attention deficit hyperactivity disorders and congenital adrenal hyperplasia. The meeting will end with a consideration of effects of estrogenic hormones on the injured brain, and their roles as protective agents.