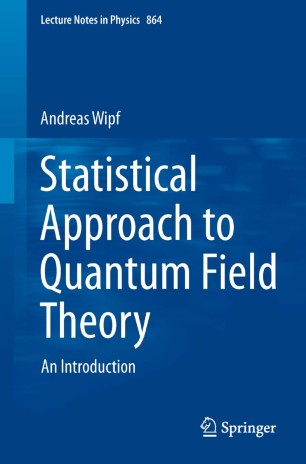 Accordingly, the first chapters of this book contain a self-contained introduction to path integrals in Euclidean quantum mechanics and statistical mechanics. The resulting high-dimensional integrals can be estimated with the help of Monte Carlo simulations based on Markov processes. The most commonly used algorithms are presented in detail so as to prepare the reader for the use of high-performance computers as an “experimental” tool for this burgeoning field of theoretical physics.

Several chapters are then devoted to an introduction to simple lattice field theories and a variety of spin systems with discrete and continuous spins, where the ubiquitous Ising model serves as an ideal guide for introducing the fascinating area of phase transitions. As an alternative to the lattice formulation of quantum field theories, variants of the flexible renormalization group methods are discussed in detail. Since, according to our present-day knowledge, all fundamental interactions in nature are described by gauge theories, the remaining chapters of the book deal with gauge theories without and with matter.

This text is based on course-tested notes for graduate students and, as such, its style is essentially pedagogical, requiring only some basics of mathematics, statistical physics, and quantum field theory. Yet it also contains some more sophisticated concepts which may be useful to researchers in the field. Each chapter ends with a number of problems – guiding the reader to a deeper understanding of some of the material presented in the main text – and, in most cases, also features some listings of short, useful computer programs.