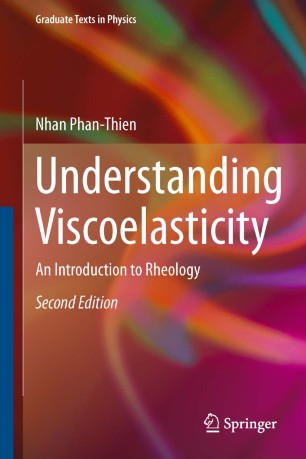 An Introduction to Rheology

This book presents an introduction to viscoelasticity; in particular, to the theories of dilute polymer solutions and dilute suspensions of rigid particles in viscous and incompressible fluids. These theories are important, not just because they apply to practical problems of industrial interest, but because they form a solid theoretical base upon which mathematical techniques can be built, from which more complex theories can be constructed, to better mimic material behaviour. The emphasis is not on the voluminous current topical research, but on the necessary tools to understand viscoelasticity at a first year graduate level. The main aim is to provide a still compact book, sufficient at the level of first year graduate course for those who wish to understand viscoelasticity and to embark in modeling of viscoelastic multiphase fluids. To this end, a new chapter on Dissipative Particle Dynamics (DPD) was introduced which is relevant to model complex-structured fluids. All the basic ideas in DPD are reviewed, with some sample problems to illustrate the methodology.

Nhan Phan-Thien began his academic career after obtaining his PhD (Sydney University, Australia, 1978) at the University of Newcastle, Australia. In 1991 he was appointed a Personal Chair in Mechanical Engineering at the University of Sydney. He was the Founding Chair in Bio Engineering at the National University of Singapore from 2000-2004. He was elected to the Australian Academy of Science in 1999, and the European Academy of Science in 2002. He published more than 290 papers and four books. His major awards include the 2003 Centenary Medal (by the Australian Governor General, for service to Australian society and science in Mechanical Engineering), the 1997 Gordon Bell Prize (for Parallel Algorithm in the Price-Performance category, by the Computer Division IEEE), the 1997 Australian Society of Rheology Medal (by the Australian Society of Rheology for distinguished contributions to Rheology), and the 1982 Edgeworth David Medal (by the Royal Society of New South Wales, for distinguished researches in science amongst younger workers in Applied Mechanics). His research interest is in the broad areas of multiphase fluids.