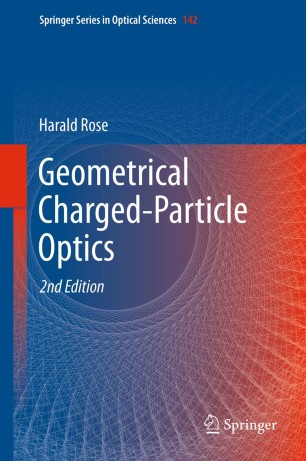 This second edition is an extended version of the first edition of Geometrical Charged-Particle Optics. The updated reference monograph is intended as a guide for researchers and graduate students who are seeking a comprehensive treatment of the design of instruments and beam-guiding systems of charged particles and their propagation in electromagnetic fields. Wave aspects are included in this edition for explaining electron holography, the Aharanov-Bohm effect and the resolution of electron microscopes limited by diffraction. Several methods for calculating the electromagnetic field are presented and procedures are outlined for calculating the properties of systems with arbitrarily curved axis. Detailed methods are presented for designing and optimizing special components such as aberration correctors, spectrometers, energy filters monochromators, ion traps, electron mirrors and cathode lenses. In particular, the optics of rotationally symmetric lenses, quadrupoles, and systems composed of these elements are discussed extensively. Beam properties such as emittance, brightness, transmissivity and the formation of caustics are outlined. Relativistic motion and spin precession of the electron are treated in a covariant way by introducing the Lorentz-invariant universal time and by extending Hamilton’s principle from three to four spatial dimensions where the laboratory time is considered as the fourth pseudo-spatial coordinate. Using this procedure and introducing the self action of the electron, its accompanying electromagnetic field and its radiation field are calculated for arbitrary motion. In addition, the Stern-Gerlach effect is revisited for atomic and free electrons.